Ever since he was a little boy and got to experience atlantic puffins up close in Norway with his family, Johannes has had a great passion for nature in general and birds in particular. He threw himself into photography in 2007, and since then photography has taken up much of his spare time.

Most of Johannes's photographs are created in his beloved home region of Småland, but he has also travelled far and wide and spent months in various countries on most continents. His number one specialisation is birds, but he is also very passionate about other wildlife, patterns and details in nature, and landscape photography. Street photography and photojournalism are other fields for which Johannes has a great interest.

Johannes has a master's degree in academic translation and works as a translator, photographer, and compere at Linnaeus University. He also runs his own photography business on the side. He lives in Växjö in southern Sweden with his girlfriend Maria and her two kids. 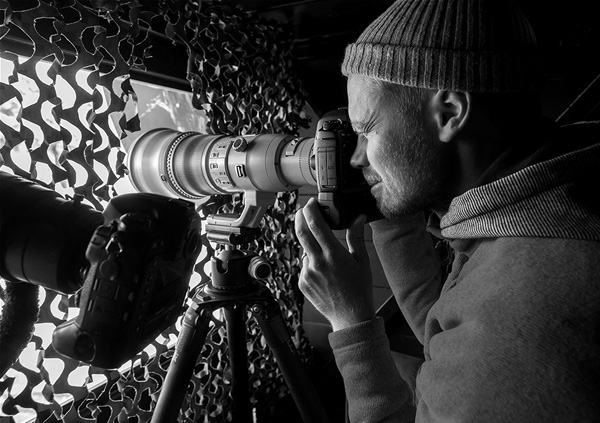 “To me, nothing beats spending time in nature. Preferably in vast expanses of wilderness. Deep forests, arctic tundra, arid deserts and steppes, majestic mountains, and raging coastlines. Just being there when a new day breaks makes me feel so alive. Makes me feel such deep appreciation. It makes me realise how incredibly fortunate I am to get to experience all these beautiful places – the best the planet has to offer. Through my photography I want to convey my love for nature. It is my hope that this will contribute to more people realising the breathtaking beauty of the natural world – and, as a result, showing greater respect towards nature and all her inhabitants”.